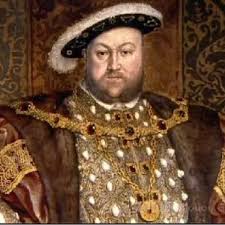 When King Henry VIII wanted a divorce, the Pope wouldn’t give it to him. So he started his own church: The Church of England, which became Anglican (Anglo); and further translated across the high seas to America as Protestant Episcopalian.

He still beheaded at least 2 wives for being traitors. They wouldn’t let him go hunting. At least that’s what I understood from Wikipedia.